Today, the Veggly team is very excited to release new data revealing the world’s best cities for vegan dating. Right now, London takes the number one spot, with the highest number of users in relation to population (81 users per million). London has over 12,000 users on Veggly, with and over 22,000 ‘Veg-Matches’ so far.

Lisbon, Portugal, is number two on the list, with the second highest number of users in relation to population, with 49 Veggly users for every 1 million people in the city. Very close behind is Amsterdam, in third place, with 48 per million.

Moving across the Atlantic, San Francisco takes fourth place, with 31 per million, followed Toronto in fifth place (24), and Los Angeles in sixth (20). Continuing west, Sydney (19) slides into seventh place as the top city in Australia.

The German cities of Frankfurt (18.9) and Berlin (18) place eighth and ninth respectively, followed by the big apple, New York City, in tenth (16).

Despite not having a city in the top three, the United States boasts the highest overall number of Veggly users in one country, with 32,376.

In the past year, Veggly has grown rapidly, reaching over 160,000 global users (7x growth since July 2019), from the US, to Canada, to Australia, to Denmark and beyond.

Available globally, Veggly is set to continue its growth thanks to an army of vegan volunteers around the world who have worked together to translate the app into Spanish, German, Portuguese, French, Italian, Danish and Polish, with many more languages on the way.

In response to the new city hotspots data, Veggly’s Founder, Alex Felipelli, said: “It’s great to see so many thriving hotspots for vegans and vegetarians looking for love across the world. London in particular is leading the way, with over 12,000 users now.

“Our mission is to help these hotspots grow and build new ones by making the Veggly app accessible to everyone, no matter where they are. As more people go vegan and vegetarian, we want to make sure they can find love along the way with likeminded people. That’s why we’ll continue investing and updating the app with new features every month, available for all countries.”

So, there you go! Those are the best hotspots right now, but there are many new ones growing each day. To stay up to date with all of our announcements, blog posts, and future partnerships, please follow the growth of Veggly on our social channels: 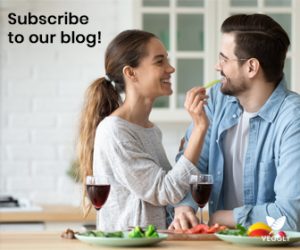